← More on the floor
How to keep your holiday cooking sane →

The life of spice

I thought of the subject of this post months ago, but I decided I would save it until we were into the cooler Fall months. As the summer months pasted, I thought of more and more topics to include in this post. So, now that it is time to write this post, I can’t decide what category this post should fit into on this blog. My choices seem to be between:

So, I have decided that the answer is: Yes. All of them. We’re talking about spice today. Just like any good spice that can be used in multiple dishes, this subject is a part of many larger topics. 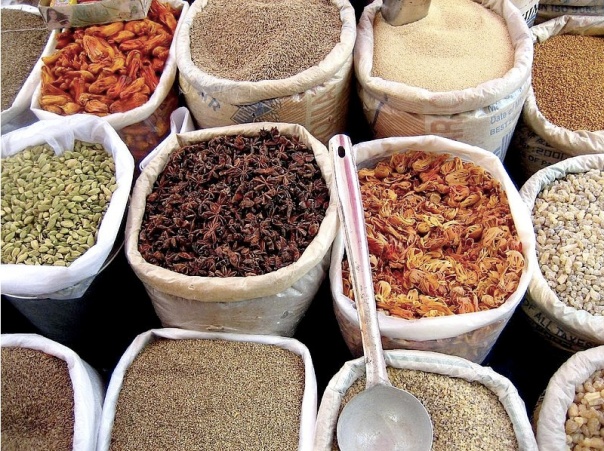 In the 16th century, finding islands with exotic spices was the Space Race of it’s day for sea-faring European countries. Massive fortunes were made or lost on the success or failure of a trading company’s ability to get its ships around the world and home again with a full cargo of spices to sell.

City states like Venice and countries like Portugal and Holland invested heavily in ships and trading ports designed to get spices back to their own European markets. Spices were in high demand to give flavor to foods and to work as preservatives in kitchens from every class of the European population. 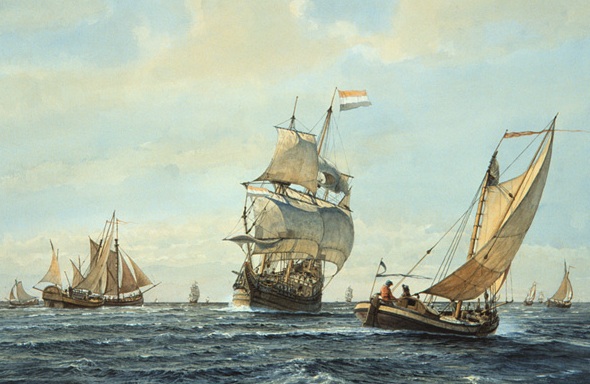 "MAURITIUS off Rotterdam" in 1601. Image courtesy of gordonmiller.ca

Because it took so much work to bring the spices to the European markets from far away places, often a distance of over 6,000 miles, spices were expensive. With the experience gained from these arduous journeys, spice merchants quickly learned how to ensure that their precious cargo arrived as fresh as possible. No one wanted to pay for an expensive spice expedition and have the product arrive stale months later.

What the spice merchants learned is that heat and light are the most dangerous enemies of any spice. Whether it was an common black pepper or and elusive cinnamon, exposure to heat and light dried all of the flavor out of them. As a consequence, spice ships were large, with deep, dark holds for hundreds of thousands of pound of spice that were undisturbed on the return voyages.

Spice merchants around the world also needed to keep their merchandise fresh as they sold it to customers. We can see a common solution to the light and heat problem, on a shopkeepers display scale, in this example: 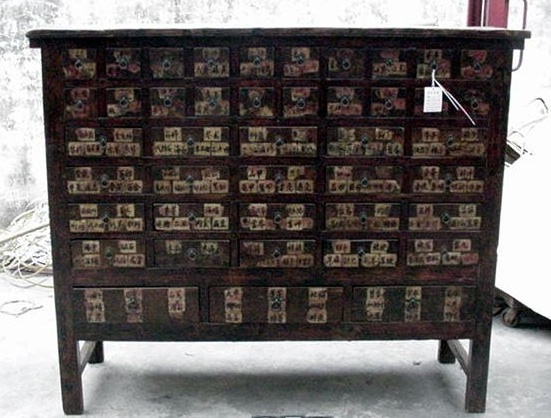 This spice chest, or apothecary chest, is from Asia, where spices were used for both cooking and medicinal purposes. Each drawer contained the spice label on the drawer’s front and was kept behind a store keeper’s counter to keep the costly spices protected.

Have you ever thrown away an old bottle of spice, well past its “use by” date? It always makes me rather mad at myself when I have to do it. In 16th century homes across Europe and, eventually, the New World, caddies and mini spice cabinets where carved to store these luxurious pantry items safe and functional for as long as they could be kept. These could be ornate and crafted by high-profile cabinet makers, like this Regency-style spice cabinet: 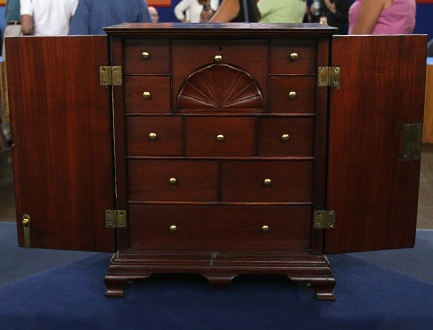 or they could be simple and functional in a classic way, like this Shaker-style spice box: 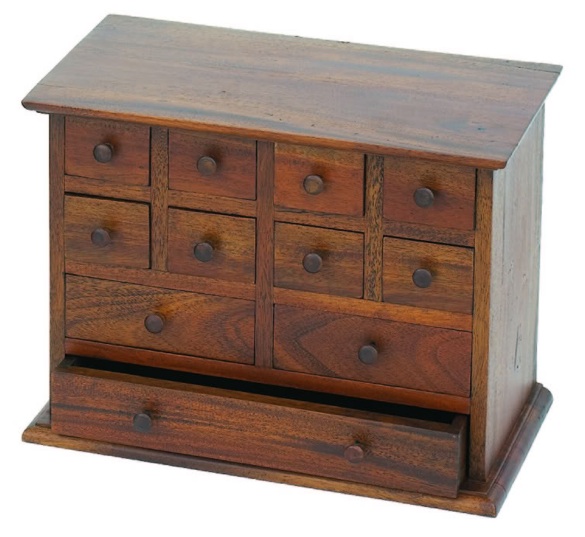 With the progresses in ceramics technology, canisters were eventually developed to keep storage functional (no light or heat!) yet still be decorative for the display of such luxury items. Here’s an example of a common spice canister shape: 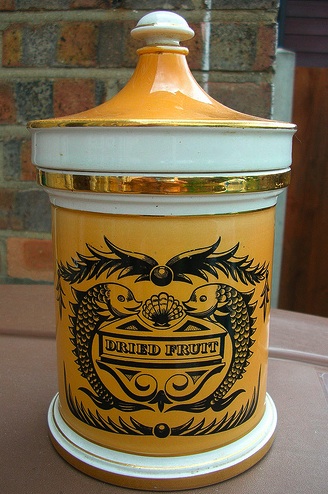 With the development of refrigeration techniques in the 19th century, spice demand dropped significantly. There were no longer needed for food preservations, but primarily food flavor. As transportation systems advanced, the lengthy travel routes to obtain the spices also became obsolete, causing a sharp drop in prices.

However, the two old enemies of spice are still around, yet we seem to have forgotten about them. Exposure to light and heat can cut the flavor and effectiveness of spices in your recipes by half their natural lifespan. That means your spices could only be good for 3 months if you are storing them in your kitchen like this: 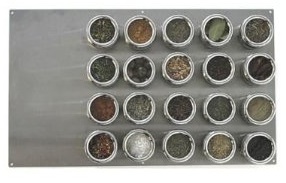 Or some variation of this: 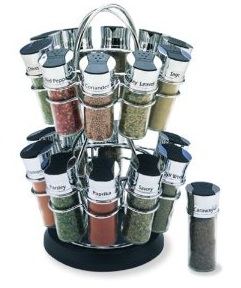 As a person who loves to cook, I hate to see this kind of waste in a kitchen. As a designer, I want to get the word out to help clients and blog readers to remember  the wisdom those spice merchants learned all those years ago.

There are so many great, affordable spice storage options available today that keep our spices handy yet still protected. Here are just a few examples from online retailers: 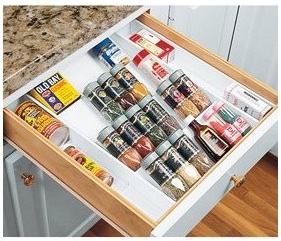 "Expand-a-drawer spice rack", is only $18 on Amazon 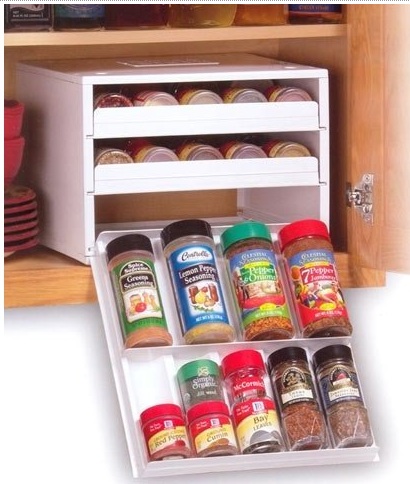 "Super Spicestack", $35 on Amazon (These hold 27 bottles each and can be stacked in multiples.) 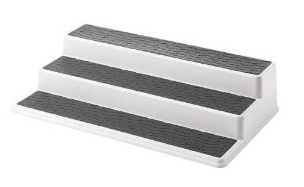 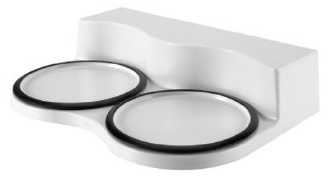 The round parts of that Oxo organizer are turntables, to make it easier to browse your spices. Nice design!

Wanna see my solution for my own kitchen. (I practice what I preach, my friends!) I use the high cabinets above our sink for spice and baking supply storage. Mr. CARO and I are both rather tall, so we can reach these shelves easily.

I bought several bins and broke down my most commonly used spices into four sections of the alphabet to label the bins. The best part is, these bins weren’t designed to be spice containers at all. They were designed to be locker bins for high school students. I found them on clearance for $1 each after the back-to-school season years ago. 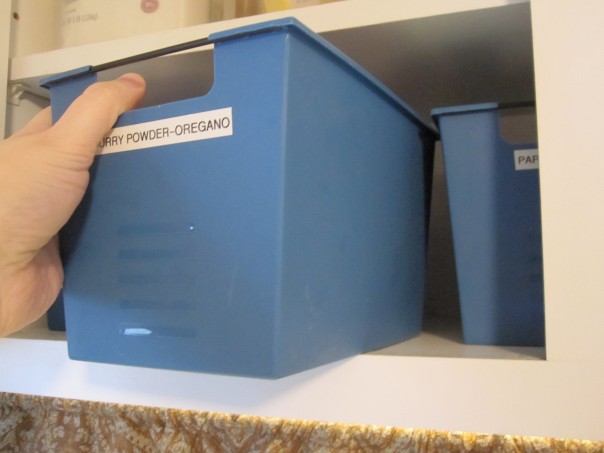 I love that these bins are easy to clean and I can tell at a glance if I am out of something. All I have do is label the tops of the bottles and toss them in their bins, although nowadays, many bottles already come labeled. 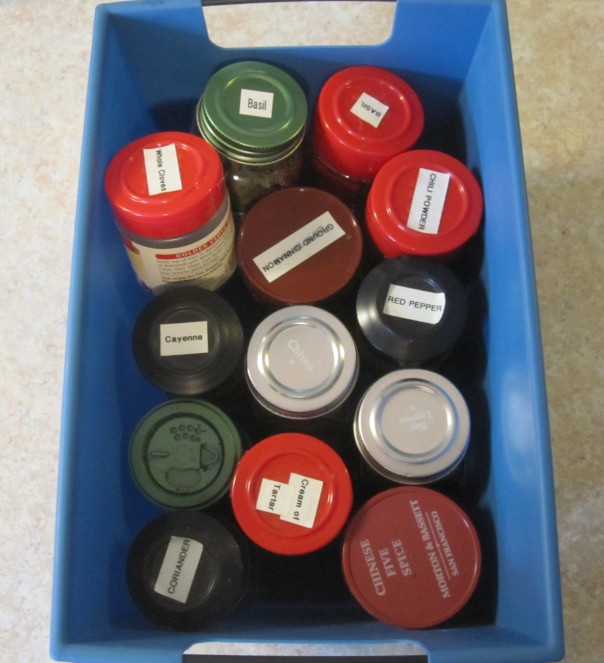 While we’re on the subject, and this was one of my points of inspiration for this post, there are a lot of custom cabinetry option returning to popularity again in new kitchens. Cooking fans have some beautiful and creative solution options that those spice merchants of old would be envious of…

FYI: All of our cooking oils and vinegars like a cool, dark place for storage, too. They last longer and keep from going rancid it you store them with the same care that you store your spices.

I am a big fan of this design of built-in spice storage: 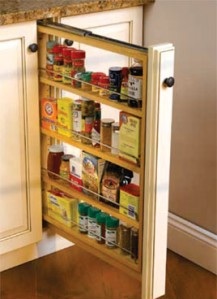 But whatever you may choose to do with a built-in spice rack, DON’T do this: 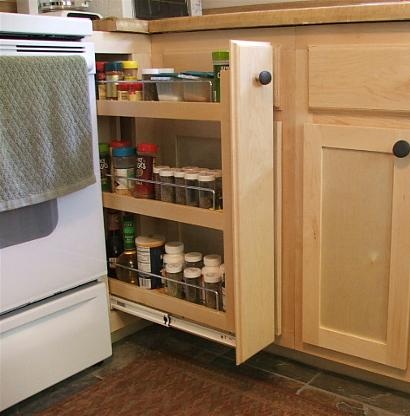 Also, avoid putting a built-in spice rack by your dishwasher, which also generates a lot of heat on its side panels. Better to put your pretty and practical spice rack somewhere else in the cabinetry line up. Like this example I recently snapped in Home Depot: 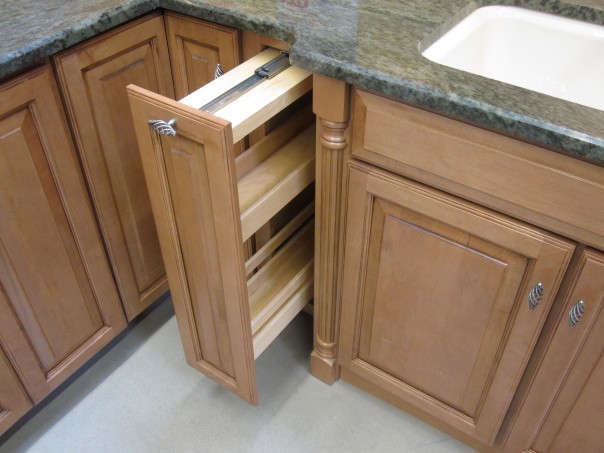 Now you see it, safe, dry and cool next to the sink… 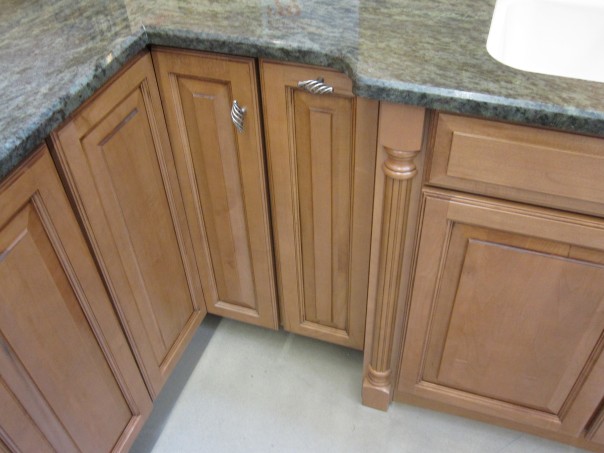 …and now you don’t. Beautiful, practical and functional.

Have you ever thought about how you store spices in your kitchen? How many bottles of spice do you use regularly use in your home? (Just guesstimate.) Do you cringe, like I do, when you have to throw away a wasted spice? Anyone out there have a creative way to store spices in their pantry? Share your spicy-ness in a comment!

← More on the floor
How to keep your holiday cooking sane →